OFF GRID with DOUG & STACY -What is a cant hook and why you need two!! OFF GRID with DOUG & STACY -What is a cant hook and why you need two!!

What is a cant hook and why you need two!!

Man, we have had several hard frosts already. We have even had a dusting of snow. So I normally switch over to my hat here. The beaver hat from the beaver hat company. During the winter time just in case your new here and never saw that before. I switch my hats and I’ll wear this all winter into early spring.

Real quick about cant hooks and the last video we did on snatching up that log. Appreciate you guys watching that video and also getting some ideas. Some ways that we can improve our situation. We are not professionals doing this yet and you have to start somewhere. A lot of you guys have been talking about cant hooks and all this stuff. Let me explain to you how all of this went down.

So basically it was this situation where we were getting it together to scale. While it has been happening we were figuring out how we were going to do it.

So the first step was getting the winch on the trailer because were going to need something to pull the logs onto the trailer. Than we thought of a steel plate on the ramp that would allow it to slide up the ramp and not let it get caught in those grooves on the way up. So that’s out first plan of attack. So when we did start that plan of the venture I did have a cant hook. It was this one right here. It’s my favorite go to of all cant hooks. It’s the LogOx. It’s a 3 in 1 forestry tool that I use around here all the time. It’s my exclusive go to the LogOx. I’m going to leave a link down there. It’s an affiliate link so if you get one of their bundles we make a few pennies off of it. Bottom line it’s a tool made in America and a family that we trust and love so this is my go to all the time.

Now this has a space limitation okay. This is a smaller cant hook and it can handle some pretty big logs. So that is all that I had at the time, right. Doing this kind of stuff is not cool around here where we live so to get a cant hook like this you can’t just run down to the hardware store or the farm/in home because what they have is what I used in the video if you caught that was a smaller cant hook about this size that didn’t work at all. That’s why I abandoned it right away. I already thought about using this but I knew those logs are too big.

The other thing we were running up against was time. That log had been laying there for a little bit and we went to get the log and than with the winch and the trailer we figured out that we would definitely need the arch. So than we had to leave. Get the arch on the trailer than we showed back up and pulled the bog log off.

had actually came into the yard and picked away some of the pieces for their own firewood. So actually what they had left was the big pieces that they could not maneuver themselves and a little bit of stumps and stuff that I picked up while we were there that you guys saw on that video.

So what I’ll do right now is I’ll take you guys up and show you the log that we brought home and I’ll put these two cant hooks on there and explain to you why we even have one.

Alright here is the big log. Here’s the LogOx. Hold on just let me set this down while I get this thing off my shoulder. Now you can see your just not going to have the bite on this smaller one with the leverage that you need. That’s the benefit here with the longer one here with the wider grip because you want more leverage to actually dig in and than move the log. While truth be told neither one of these are going to be able to move this log. It’s just too big of a log. If I had several fellows trying to go at the same time I’d imagine but this is 7,000 pounds and I myself am not going to be able to do it so I’m just trying to give you an idea on the difference. If you get some bite on this you would be surprised what it will move. It’s got a good bite on it though.

So again were kind of learning this stuff as we go. So as we go were going to get better at this. So as you guys watch this you’ll be able to point out mistakes. Also learn from the mistakes that we do make. Right now were going to go back down there and get part two the neighbors tress. That’s a huge oak. Almost twice as big as this. We only got a 12 foot section and than maybe a couple of 10 foot sections. Than a lot of the arms, branches coming off of it so. Should be an interesting video so lets go see how we get it on the trailer.

Now these are all LogOx size and these are the larger cant hook size. I mean look at that thing. No joke. I wear a 13. Ha ha ha ha ha ha!

So as you guys can see we’ve got out work cut out for us. So I explained to the homeowner that this is probably going to take us a few trips because we only have one trailer that can lift up these things. Actually those as well because together we cant just lift them up and buck them onto the trailer. A lot of times I can just buck them with another guy on there but we need heavy equipment for this whole tree. One of the things you need to think about if your going to do this type of stuff is getting them on and off the trailer once you secure them. I just want you guys to realize this as well. This tree you have gone to waste. This tree would have been taken to the tree yard than they would have burned it up and pushed it into a pile. So were actually going to salvage this tree and who knows what were going to create with it. It could be firewood to heat us thru the winter. It could be spoons and bowls that we carve and make out of that. It could be huge signs. It could be lumber for a log cabin. So just think about all the possibilities if you get into something like this. What you can do with this. Especially if you are a creative person.

Let’s see if Greg backs the trailer up as good as me. Ha ha ha ha ha!!!

Back there at the house I said all that just to say you kind of start with what you’ve got and thank you add to it as you go on. No one can show up at any site and just become a professional the first time they show up. It’s going to take mistakes. A little head banging to get it right. Reading your comments. That always helps too. Just saying you got to start somewhere. You get what you got. You go get some. Build it as you go.

It doesn’t look that much but the oak is so dense it really weighs a lot of weight. Were going to get this last log here than strap it all down.

Alright we are disconnected and we are ready for the next process of this trailer basically firewood. Some of the logs on here we’ll be able to mill a little bit but for the most part its firewood. One thing I want to stress to you guys on this video is that it’s not a one size fits all world out there. So don’t believe them if they tell you that it is. Every kid is different. Every person is different. What you want to do is accumulate tools on your homestead to make these chores go easier or on your off grid property. Cause a lot of this stuff is heavy and just not the average man is going to be able to handle it. You have to be able to have the tools the hydraulics, chains, a little bit of thinking power to manuevor thru these situations that you find yourself in.

So another successful load back on the homestead. We’ll be going back in a future video to pick up those other big logs that are sitting there. You saw how big they were. Molly just came to visit. Come here girl! Daddy’s home!! Yeah!! This is Molly. It’s our little puppy. We just got her a little while ago. She’s doing so good. She’s so fiesty and fun.

But all cant hooks, it’s not a one size fits all cant hook. You guys need to get out there, see what your going to be dealing with than get the tools appropriate for the situation. And than the more tools you have the better off you’ll be. Check the home stores, estate sales, garage sales, and craigslist. I had to order it on the internet because no one out here runs and buys big cant hooks like that. But if you guys are interested in a LogOx, a multi purpose tool and I use the heck out of it. The links down below. There is a coupon code so it saves you guys a few bucks.

Thanks as always for watching the video and we’ll be seeing you tomorrow once we put that sawmill together. 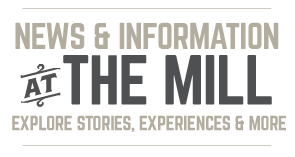